Akrotiri settlement is in the southwestern and most distant edge of the island, 15 km from Fira. Akrotiri became particularly famous for the ancient city that was discovered buried under the volcanic ashes by the archaeologist Spiros Marinatos. His excavation work is being successfully continued by Professor Christos Doumas up to today.

Worth visiting is the famous Red beach (currently closed for swimming due to landslides). You could also take a little boat, departing from the coast nearby the Akrotiri Arcaheiologiacal Site to the White beach. Mesa Pigadia beach and Kampia beach. From the side of the cliffs you can reach Apothikes and Gialos, are other beaches for swimming.

Worth paying a visit is also a Venetian castle in Akrotiri that was shattered by the big earthquake on the island some decades ago.

In Akrotiri there may not be enough shops and a wild nightlife, but you will definitely find good food. You will find tavernas in Akrotiri’s port, in the centre of the village and on the road towards Faros. 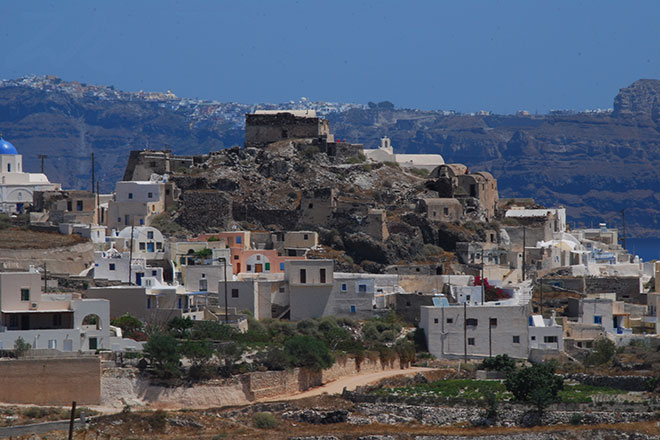 Faros is the lighthouse of the island. From there you will be able to observe the figure of an Indian, up in Mavro Vouno, that looks so natural as if it had been carved by a talented sculptor. According to the testimonies of local residents, this figure had been discovered by Spiros Marinatos as none had noticed it until then. Either in the morning or in the afternoon the view of the endless blue and the rest of the island, from the lighthouse, is magnificent and the sunset is like a dream. In the area you will also find the churches of Aghia Theodosia situated in the castle’s entrance, of Aghios Epifanios, of Aghia Triada and the church of Ypapanti that was reconstructed after the earthquake 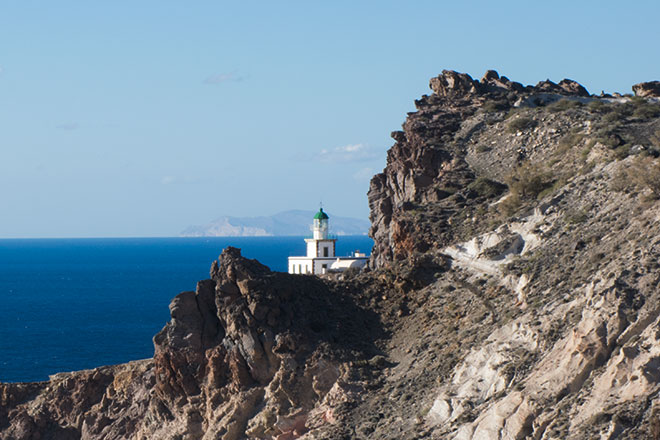 Back to all Villages page
Advertisement