Vineyard: 120+ old vines from selected vineyards in the areas of Pyrgos and Megalochori.

Winemaking: Whole cluster pressing. The wine has been matured with fine lees in stainless steel vats for 16 months and then for another one and a half years in the bottle.

This production was mainly distributed to customers throughout the island of Santorini as well as being exported to the city of Alexandria, in Egypt. Later on, in the 1930s they started shipping the wine to Athens and Piraeus. The shipping procedure could be well described as a feast. From Canaves, mule – drivers loaded the goat-skins, filled with wine onto their mules, and carried them to the port of Fira, where they were transferred into barrels of 600 kgs (called bombs).

Then the barrels were loaded onto small boats (caiques) and were shipped to Piraeus. After the end of the 2nd World War and for the following 30 years, most of the Brusco wine was sold to the Kaloyannis distillery, where it was distilled into brandy and a lesser quantity was supplied to the Koniordos family and a number of taverns. In contrast, the Vinsanto wine was obtained by the churches and monasteries for Sacramental use. 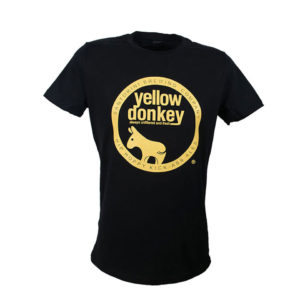